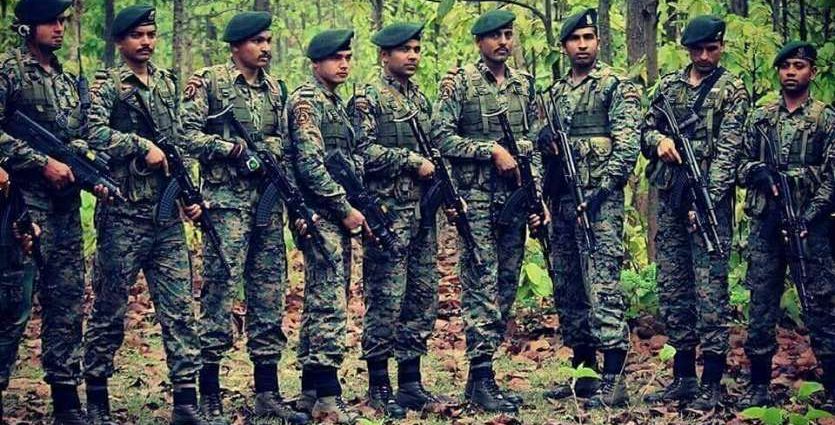 By: Ankit
In: In our opinion
Spread the love

COBRA Commandos: COBRA which stands for Commando Battalion for Resolute Action which is a super-specialized unit of the India under Central Reserve Police Force (CRPF).

Cobra, the name given to the special elite Commandos of India, gots its name from the snake named COBRA. If we get into the facts of this snake, then the snake has rewarded the name with KING . King cobras are venomous snakes that mostly live in South and Southeast Asia. The reptile usually makes its home in forests and swamps. It is being rewarded with a very high rate of killing capabilities.

And when it comes to Indian Commandos, Cobra Commandos are just like the King Cobra Snake with very high adaptability to live in the jungle and kill all of its enemies. They came into the act after the indiscriminate involvement of Naxalites in doing illegal activities and participating in anti-government movements. This special elite force was found to counter the Naxals movement.COBRA with its extreme result has joined one of the most elite Commandos of India and stands among India’s most competent and successful law enforcement units.

According to https://crpf.gov.in/
The Govt. of India had accorded approval for setting up the Commando Battalions for Resolute Action (COBRA) for guerrilla/jungle warfare type operations for dealing with extremists and insurgents, etc. vide MHA U.O. NO. 16011/5/200-PF.IV dated 12/09/2008.
The Govt. accorded sanction of raising of 10 unattached battalions of COBRA in CRPF, with a Sector Headquarter for these battalions headed by an Inspector General
We who are being selected from the units of CRPF .

COBRA Commandos of India are gaining more and more substance from the government so they have been given an adequate amount of weapons. Let’s take a study at what commodities these Commandos have been given out and what weapons are they equipping for battling with Maoists/Naxals. They have been provided with the following resources :

Also, they have been given with these new resources after getting in the view where 46 men being killed by Naxalites

Kishore Bahara, a constable in CRPF regiment and also a unit of COBRA Commandos went out for the 4 days operation in Pia named village which was around 25 km away from his camp, Basaguda. As the operation started, on the second day itself the encounter broke between them and the Naxals. COBRA troops showing their utmost strength and deterrent towards the enemies made them flee back inside the deep forest.

After the operation they made their way back to the camp. While returning from their operation they took hold in the village to have a rest for an hour. After the rest they start their movement towards the camp. To reach the camp they had to cross a narrow hill. Kishore leading from the front unluckily stepped on to one of the IED (predict:-placed during their rest hours in the village), blasted, and Kishore, with one more of the following back troop, was found with severe injuries. Knowing the information, a helicopter rushed to the spot but during the time it could reach the two COBRA Jawans bravely handled the pain and after half an hour of the time Kishore became unconscious as a large amount of the blood came outside of his body. Somehow his brave friends on the stretcher carried him from the hill, which was so narrow that it was too arduous for even one man to climb down still they with their adroitness brought him down the hill. And then after a gap of time the helicopter rushed towards their team and lifted them to the hospitals where after the examination and surgical operation the doctors found that Kishore has lost one of his eyes. But after all, these happenings he was seen back into the action and the operation even after losing one of his eyes.

This is not Kishore, but each of COBRA who is a real true hero of the nation. I salute him and the COBRA Commandos for their bravery and I stand by the side of those brave Commandos who every now and then have positioned their eye and skills to save our nations from the movement of Naxals and foreign elements.

It’s not about a single nation but to those all nations where Commandos have been reportedly fought with these foreign elements and saved our nations from ill fates.

Thank You,
I hope you all enjoyed reading the article will be coming with more of the military stories from all over the world to you.